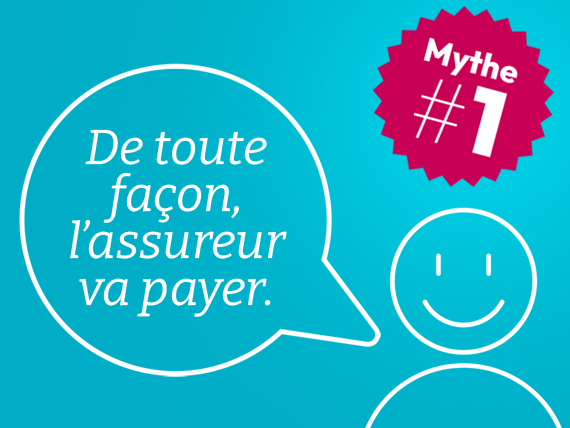 Water-related claims have increased dramatically, overwhelming insurance companies. And since they are meticulous in assessing their risks, insurance conditions have tightened, and there’s greater pressure on condo unit owners and syndicates of co-owners. Why do some corporations still choose not to protect themselves with a water leak detection and control system? We asked these questions of Jean-Hugues LaBrèque, president and CEO of NOWA, a PREVCAN member company.

Condominiums are a type of housing that continues to grow in popularity. According to the Insurance Bureau of Canada, “Unfortunately, this fast-growing housing segment includes many condo buildings that are in poor shape. Sometimes badly built and often badly maintained, many co-owners have suffered damage that could have been avoided.”1 Renovations are also much more expensive due to increasing materials costs and improved construction standards.

As a result, syndicates of co-owners have seen more limited coverage, premium increases, and higher deductibles in recent years. It’s no longer uncommon to see deductibles double or even triple. It’s also no longer uncommon for an insurer to flat out refuse to cover a condo building. In other cases, condominium corporations are forced to accept conditions that are financially difficult to support. Many of them end up realizing too late that the price to pay in the long term is greater than the cost of installing a prevention system, like NOWA.

“NOWA has been around for over 15 years, so we were able to document the positive financial impact of our systems. In many cases, a single claim is enough to fully justify this investment, especially when you take into consideration the collateral costs and the many inconveniences surrounding water damage. A water loss is something that no one wants to experience.”

So why do some condo unit owners and corporations choose not to protect themselves? Is making condo owners aware still relevant?

“Still relevant? Most definitely. I would even say more than ever. At one time, we had to make people aware of the predominance of water damage over other types of claims. Many were surprised to learn that water is responsible for over 60%2 of insurance claims. Now, we must make them aware of the possibility that their condo could become uninsured. Because yes, it happens!”

Of course, it’s a challenge for a syndicate of co-owners to get everyone on the same page when they have different values, different levels of maturity, and different objectives. The greatest task for companies like NOWA, therefore, involves raising awareness among unit owners and supporting administrators so that they’re able to clearly communicate what’s at stake. Jean-Hugues LaBrèque explains that NOWA regularly makes presentations to condo corporations and that there are three types of refusal profiles that frequently come into play.

“It doesn’t matter. The insurer will pay.”

This way of thinking is surprising, but it’s quite common among condo unit owners who choose not to protect themselves with a water damage prevention system. When a person refuses to protect their property on the pretext that the insurer will always pay in the event of a claim, it’s obvious that they haven’t taken the time to truly analyze the situation as a whole.

“Owning a condo involves management fees, which sometimes make owners reluctant to add anything before you’ve even had a chance to explain yourself. Of course, I can understand the owners’ desire to rationalize expenses. But we’re not talking about a mere luxury for enjoyment purposes; we’re talking about protecting their investment and their savings. It’s our role to make them aware of the real repercussions of water damage. And it is much more significant than people imagine, in general. It’s somewhat of a catastrophe to experience. And a complete waste of money and resources.”

It can be difficult to convey all the consequences of a loss to someone who has never experienced one before. First, there are the financial consequences, which go far beyond paying the deductible. The premium can increase, sometimes up to 25% depending on the building’s history. It’s likely that some costs incurred because the equipment or materials are more expensive will not be fully covered. And to ensure the building’s appearance is maintained, the work also sometimes extends to areas not affected and not covered by the insurer. If the insurer considers that there’s a reasonable risk that the problem will repeat itself, they could also require the execution of costly work at the expense of the co-owners. And then there are consequences that go beyond the financial aspect: weeks of upheaval in the building, a temporary relocation, personal property destroyed or damaged, or the complex management involved in the process of settling a condominium claim.

“There’s no need because I’m a vigilant person.”

The reflex to fall back on one’s own ability to prevent damage is also common. The truth is that the role of vigilance in loss avoidance is overstated. Water damage can happen to anyone, even the most vigilant. And it can happen anytime, including when the owner is away. But more importantly, each owner shares the building with the other owners…and you have to realize that the upstairs neighbour may not be as careful.

“Water has no target. It does not target the least vigilant and does not spare those who are. It follows the principle of gravity; there is not much you can do to stop it. So, if you live on the fifth floor and the damage starts on the ninth, you’ll most likely be affected, as will all those who live below you down to the basement. Think of the damage multiplied by the number of condo units. Then add to that the damage to the building and the common areas.”

And the burning question: Who says that a condo or a building will one day experience a loss caused by water? Is this really so common in a condo building? It’s impossible to predict the future, but the answer lies in the statistics. If we look specifically at condominium claims, 95%3 of them relate to water damage. The odds are much higher.

“There are just too many possibilities. In a 100-unit building, we generally speak of a thousand water points that are potentially at risk. Based on our experience and the data we’ve collected using the systems we have installed, a condo building experiences at least two major losses within a 10-year interval. It’s not scientific, but it’s a good indicator.”

The cost of acquisition is a major consideration. But let’s look at it from a factual and mathematical angle. Imagine a condo building with 100 units. In this building, each owner must contribute $500 to the self-insurance fund. This fund accumulates to $50,000, which is roughly equivalent to the amount of the deductible for a building of this size. This means that in the event of a single loss, the fund can be depleted, and the co-owners will need to replenish it again. A new contribution of $500 is then required, bringing their participation up to $1000. Instead, what if this budget was used to acquire and install a prevention system like NOWA? This is certainly a smart investment since it prevents all the inconveniences associated with a loss in addition to eliminating a huge waste of resources.

“A system like NOWA offers an extremely high level of protection and is therefore easy to pay for. Some insurers offer an immediate premium reduction. Remember that a confident insurer also means a stabilized premium and deductible for years. This aspect is crucial for the syndicate of co-owners. Being able to make the budget reliable is a primary concern for administrators. It should also be understood that there are different ways to model the system’s purchase or financing so that it corresponds to the needs of the condominium association.”

Is it really necessary to protect your condominium from water damage?

It’s a valid question. Is a water damage prevention system a must-have for any condo building?

“For an investment as major as a property, which often represents the investment of a lifetime? Certainly. But I’d go further. Condo owners want more than a system that detects and stops water leaks; they seek security. They find this security in the presence and commitment of the company protecting them. This is precisely what our PRESENCE service does. When you’ve installed a NOWA system, you’re never left to your own devices. This is the very principle of the high-end service we provide. We monitor the systems in real time and a service responder is available at all times. It’s as if we remain present in the building after the installation.”

According to Jean-Hugues LaBrèque, NOWA’s role even goes far beyond protecting condo owners’ savings; It’s part of the environmental movement.

“NOWA also has the mission of making condo owners aware of the immense waste of resources caused by water damage. It’s a seldom-talked-about topic but think about it for a second. In Canada, $1 billion is spent on water damage claims. Up to 350,000 tons of waste are released into the environment, and more than 30 million litres of drinking water are wasted in Canada alone! And those numbers are only going up. Imagine if everyone were protected by a prevention system like NOWA. This is a practical solution with a beneficial impact on the environment. And this is the spark that started NOWA.”